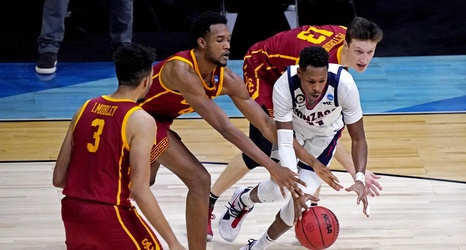 The USC Trojans’ run at the NCAA Tournament is officially over. The Trojans found themselves down by 13 less than six minutes in and never recovered in a 85-66 loss to the No. 1 seeded Gonzaga Bulldogs in the Elite Eight of the NCAA Tournament.

Isaiah Mobley led USC with 19, his brother, Evan, chipped in with 17 in the loss. Drew Timme led Gonzaga with 23, while Corey Kispert and Jalen Suggs each had 18 in the victory.

The loss ends the Trojans’ hopes of making it to the Final Four for the third time in the program’s history.