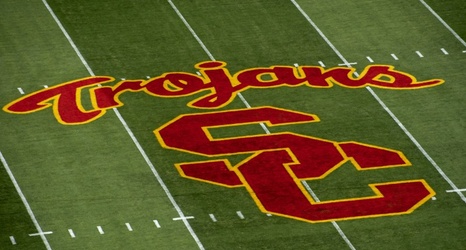 The USC football team was involved in a scary moment while traveling to its road game against Washington State.

After the flight landed on Friday, the plane tipped backward on the tarmac, per Kyle Bonagura of ESPN. Coaches and staff members were still on the plane at the time, although players had already departed and no one was injured.

According to Bonagura, the incident came after the grounds crew failed to put the put the plane's tail stand in place.