USC football’s 2008 squad should have won a national title 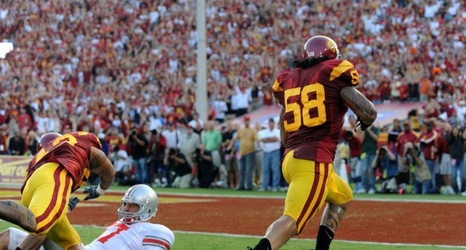 USC football could have won the 2008 championship. (Harry How/Getty Images

USC football’s 2008 squad is one of the best to not win a national title.

In 2008, USC football should have won the national title. It’s that simple.

Those Trojans were arguably the best of the Pete Carroll era.

They had an outstanding defense, better than the title-winning squads of 2003 and 2004. They also had an exceptional offense.

The fact that they didn’t even get to play for a championship is a travesty which highlights the deficiencies of the BCS era.

CHECK OUT: Kedon Slovis could be the next Joe Burrow

We’re not just saying that either.