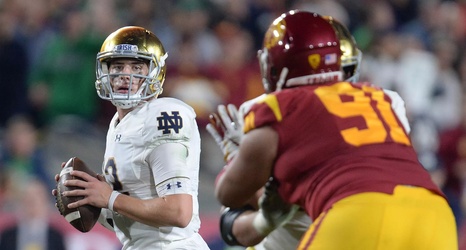 The layman’s view of an air raid team is one that scores in bunches through spacing both vertically and horizontally. The perception is also that air raid teams play with suspect defenses, ready to be gashed both on the ground and through the air. Many SEC fans look down upon the Big 12 for the lack of defense, despite Texas’ convincing win over Georgia and Oklahoma’s dance with Alabama.

Graham Harrell has touched down with his air raid, but the Trojan defensive line will not be pushovers. Not by a long shot. Clancy Pendergast was retained as defensive coordinator after a string of firings on the offensive side of the ball in 2018.