USC football: Kedon Slovis could be the next Joe Burrow in Heisman race 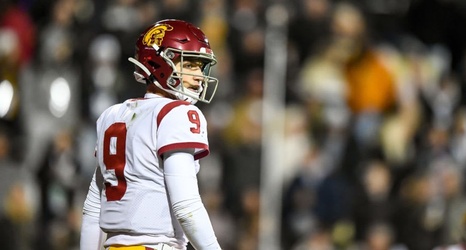 USC football has seven Heisman Trophy winners in its illustrious history. Could another be coming down the line sooner than later?

The buzz around quarterback Kedon Slovis seems to be pointing to that possibility.

The Trojan passer was mentioned in two Heisman discussions to start this week.

Kedon Slovis could bring the Heisman back to USC football

The first was from Tom Fornelli of CBS Sports, who listed Slovis as one of his “best dark-horse candidates to win the 2020 Heisman Trophy” on Monday.