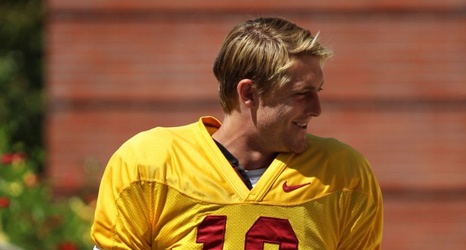 Jack Sears is off to Boise State and that should be fine by USC football. (Alicia de Artola/Reign of Troy)

That’s good for Sears, but it’s not the end of the story for the former Trojan QB and his old team.

Whatever Sears does at Boise State, his achievements will be weighed against the accomplishments of the quarterbacks he sat behind at USC.