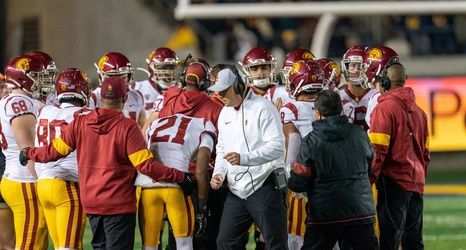 There was a point in time where Bryce Young was actually committed to USC for over a calendar year. Those who wavered in his pledge to the Trojans were vindicated when he decommitted from USC and re-pledged his school allegiance to Nick Saban and the Alabama Crimson Tide.

Well, just this week, at the Maxwell Football Club’s annual awards ceremony, Young opened up a bit about his decision to spurn USC and head east to Tuscaloosa.

“I just wanted to do what was best for me, football-wise,” Young told the USAToday in an interview.