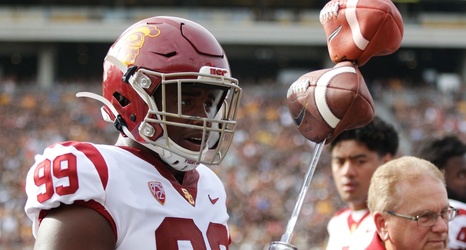 Going into the 2019 season, freshman defensive end Drake Jackson received favorable comparisons to Leonard Williams and Rasheem Green. Then he managed the most impressive part: Living up to those comparisons.

Jackson completed his stellar freshman campaign with 5.5 sacks and 11.5 tackles for loss, both marks leading the team, plus 41 tackles, three pass break ups and a forced fumble.

CHECK OUT: USC to face Iowa in Holiday Bowl