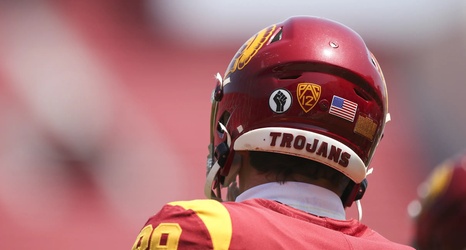 The Trojans have landed a big-time wide receiver prospect in Kevin green Jr., a four-star right in the school’s backyard. Green announced his commitment on his Twitter account this past Sunday.

According to 247Sports, the 5’11, 165-pound Green is the 38th-ranked wide receiver in the class of 2022. He plays his prep ball at local Bishop Alemany High School in Mission Hills, California.

The final eight schools Green had been deciding between included other Pac-12 powers in Oregon and Stanford, but also included Big Ten blue blood, Nebraska. At the end of the day, Green wants to stay close to home.