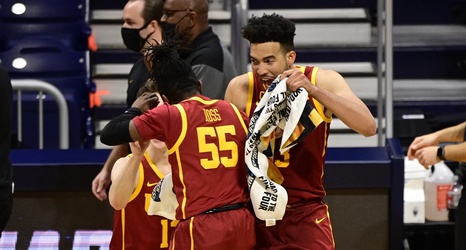 The USC Trojans will take on their Pac-12 rivals, the Oregon Ducks, for the right to advance to the Elite Eight of the NCAA Tournament.

USC is coming off a dominating performance against the Kansas Jayhawks. Isiah Mobley had 17 points, eight rebounds, and four assists, while his younger brother Evan finished with 10 points, 13 boards, five assists and three blocks, leading the Trojans to an 85-51 blowout win.

Andy Enfield’s team is clicking at the right time. USC hasn’t made it to the Elite Eight since Henry Bibby led the program to the quarterfinals of the 2001 NCAA Tournament.