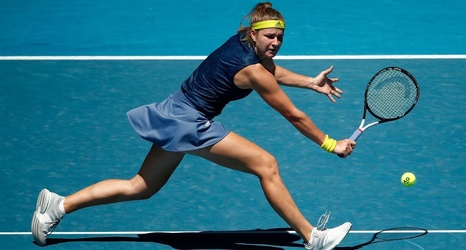 MELBOURNE, Australia -- Top-ranked Ash Barty built a big lead in her quarterfinal match at the Australian Open before her opponent took an injury timeout and left the court.

More than an hour later, it was Barty heading abruptly out the exit. She was upset Wednesday by Karolina Muchova 1-6, 6-3, 6-2.

Seeded No. 25, Muchova earned her first semifinal berth in a Grand Slam. Her comeback win ended Barty's bid to become the first Australian woman to win the title in Melbourne since Chris O'Neil in 1978.

"It's heartbreaking, of course,'' Barty said.