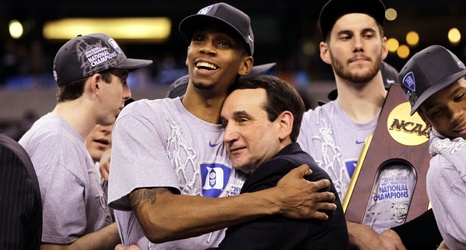 The first time I saw Mike Krzyzewski was on a fall Saturday in 1983. It wasn't at Cameron Indoor Stadium, but rather across the street at Wallace Wade Stadium, the long-miserable home of Blue Devils football. In those days, there was plenty of misery to be found in the basketball gym too. They'd made the Final Four in 1978 and the Elite Eight in 1980, but lost their head coach, hired a guy whom no one could spell his last name, and hadn't been back to the NCAA tournament in the three years since.