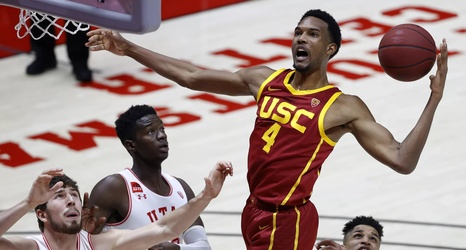 On Tuesday, the Pac-12 Conference handed out their annual postseason awards for Men’s Basketball and the Trojans walked away with as many honors as they could carry.

USC freshman forward Evan Mobley walked away with a trio of awards, including Pac-12 Player of the Year, Freshman of the Year, and Defensive Player of the Year. He became the first Trojan player in program history to win all three in a single year. On top of that, Mobley joined Anthony Davis (Kentucky, 2011-12) as the only other player from a major conference to achieve this feat.