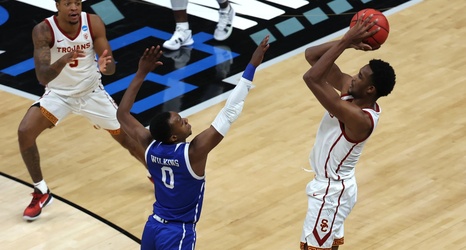 For the first time in four years, the USC Trojans won an NCAA Tournament game.

Star forward Evan Mobley had 17 points and 11 rebounds, while his older brother Isiah chipped in with 15 points and five boards to lead the Trojans to a XX-XX win over the Drake Bulldogs.

USC used its length to dominate Drake inside. The Mobley brothers had their way inside the paint and the Bulldogs had no answer.

The Trojans began playing better as the game wore on. After a slow start, they began to pull away in the second half, outscoring Drake 32-19 over the final 20 minutes.