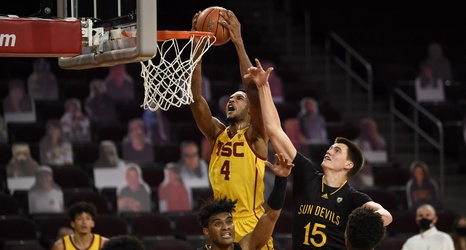 With the USC Trojans getting set to play their first-round game of the NCAA Tournament, their superstar player added another award to his resume.

Freshman Evan Mobley was named to the AP All-American second team. The 19-year-old led the Trojans in scoring (16.8 points) and rebounds (8.6) while shooting a tidy 58.4 percent from the field. Mobley helped USC to a 22-7 record and second-place finish in the Pac-12.

It’s no surprise to see Mobley recognized as one of the best players in the nation. His presence garnered national attention for the Trojans, who will be making their first March Madness appearance since 2017.