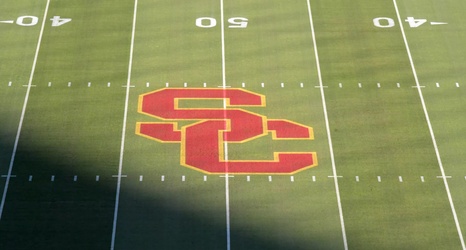 The USC Trojans continue to make their mark among some of the top recruits in the country. Guard Devon Campbell has narrowed his choices down to eight schools and has USC on his list.

Cambell is considered a five-star recruit and is ranked as the No. 7 overall prospect for the 2022 season by 247Sports.com.

The 6’4, 265 pound Texas native is rated as the best guard in the country and would be a huge get for a Trojans team that is losing six offensive lineman this offseason. Head coach Clay Helton and his staff are using Texas as their focal point to rebuild the line.