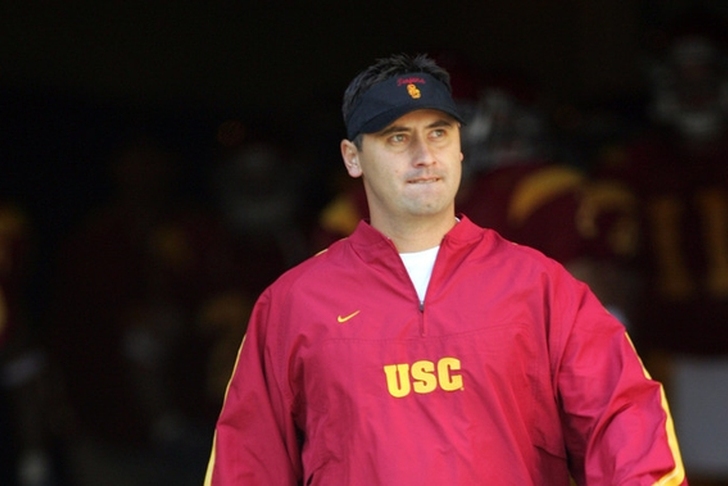 USC Trojans' head football coach Steve Sarkisian is taking an indefinite leave of absence and details are starting to emerge about the extent of Sarkisian's issues during his time as head coach.

The bulk of the details come from Los Angeles Daily News writer Scott Wolf, who's reporting indicates Sarkisian has a serious alcohol problem.

Sarkisian left practice this morning, and it didn't appear he was sober.

It's not the first time Sarkisian may not have been sober, including during a game this season.

BREAKING: #USC assistants pulled Steve Sarkisian out of player huddle on sideline during Arizona State game. Believed he was not sober

Last season, Sarkisian apparently had issues with alcohol after games.

BREAKING: #USC players said Sarkisian drank and passed out on flight back from Washington State game in 2014. Some reportedly took photos

The consequences of Sarkisian's actions are already starting to rear their ugly head, as Rivals #13 overall 2016 recruit Daelin Hayes decided to decommit from the program after today's shocking news: