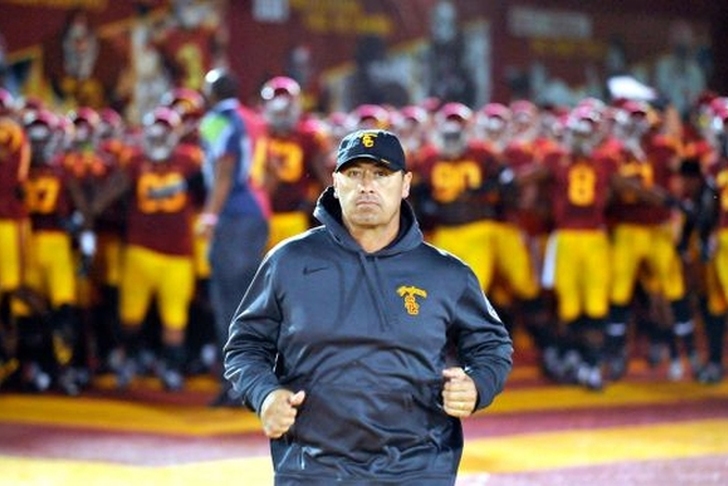 The USC Trojans football program is reeling after head coach Steve Sarkisian was fired after numerous reports of him being involved in alcohol-related incidents surrounding the team, including coaching a game while intoxicated, and it's having an effect on the roster.

According to a report from TMZ, USC doesn't just have to worry about keeping recruits on board - several players are thinking about transferring:

The parents of several current players, including starters, have told us they are "re-evaluating" whether or not to stay at SC next season following the Steve Sarkisian saga. Everyone we spoke with expressed disappointment in the USC football program -- with one parent telling us, "We feel let down by the coaching staff." "Here are some of the stronger quotes:

"My son turned down several schools to come play for Coach Sarkisian. He told us [our son] would learn how to become a responsible young man but his actions haven't been a good example. After this season, we will be re-evaluating whether or not to come back to the school.

Another parent told us, "I am just very disappointed in the whole program. I thought this would be a great fit for my son but I can see things much clearer now ... and it's not. I don't know if it's going to get any better."

"My son's high school team was more disciplined than the USC football program."

The report does not indicate which players are thinking of transferring, but it does suggest that there is a lot more turmoil within the program than was previously thought.

Stay tuned to Chat Sports for more information as this saga plays out.