Pat Haden To Step Down As USC's Athletic Director 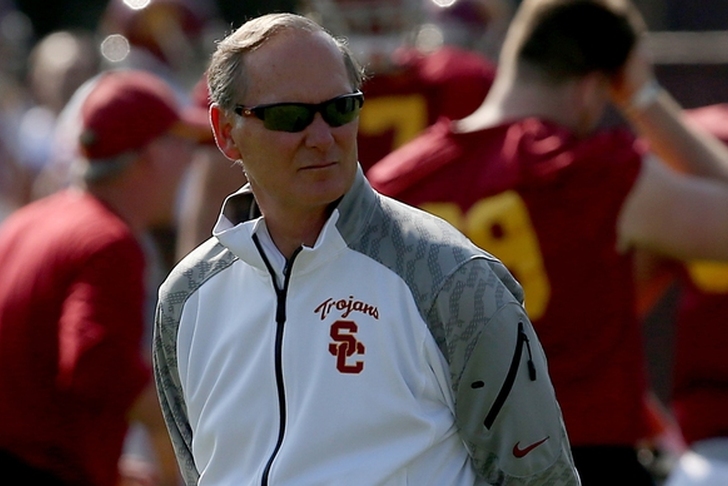 USC Trojans athletics director Pat Haden announced that he will retire on June 30 after a six-year term in the role, school president Max Nikias announced on Friday. Haden will spend the first year of his retirement guiding the renovation of the coliseum.

"It has been a tremendous honor serving my alma mater, a school I love so much, as well as serving Max Nikias, our coaches and staff and, most importantly, our student-athletes," Haden said. "I am proud of what has been accomplished here the past six years and knowing that USC Athletics is on an upward trajectory. I look forward to finishing out this academic year as athletic director and then spending time on the Coliseum project."

"He took on this role at a time when the department faced unprecedented pressure, externally and internally, requiring nothing less than a Herculean effort to rebuild its foundation for the long term," said Nikias.

Haden has received a lot of criticism for the four football head-coaching changes he made during his tenure, including when he fired Lane Kiffin at the airport just five games into the 2013 season. He then hired Steve Sarkisian, who he fired early in the 2015 season due to several alcohol-related incidents.

Haden stepped down from his role on the College Football Playoff committee in October, citing unspecified health concerns, though it came just two weeks after he needed medical assistance on the sideline during their game against Notre Dame.