No. 22 Overall Recruit And No. 3 CB Jack Jones Commits To USC Over Alabama And Texas A&M 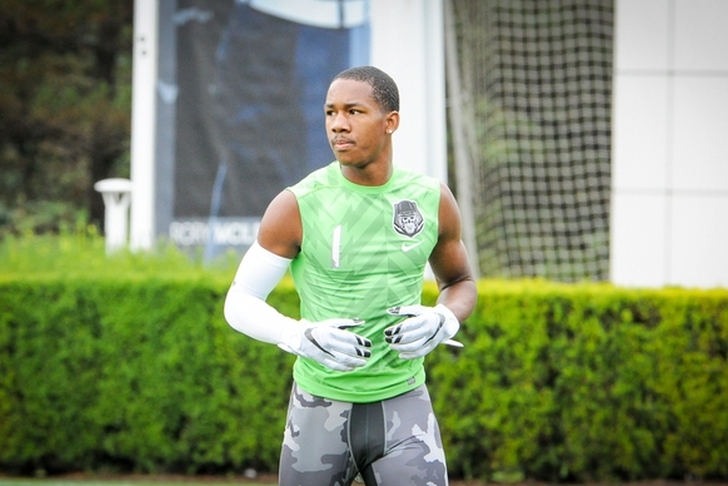 The USC Trojans picked up a commitment from the No. 22 player in the nation Wednesday. Five-star CB Jack Jones announced Wednesday that he'll sign with USC, spurning Alabama and Texas A&M.

Jones took a creative approach with his announcement, as it was actually Snoop Dogg who tweeted out a video with the news of Jones' commitment.

USC was the heavy favorite for Jones, but Texas A&M and Alabama made late pushes to land Jones. A&M head coach Kevin Sumlin even made an in-home visit with Jones last weekend.

Jones is the No. 3 CB in the nation and the No. 4 player from California. He can also contribute on returns and possibly as a wide receiver. Keeping him in-state was priority for USC and they managed to pull it off.

Check out Jones' highlight tape below.