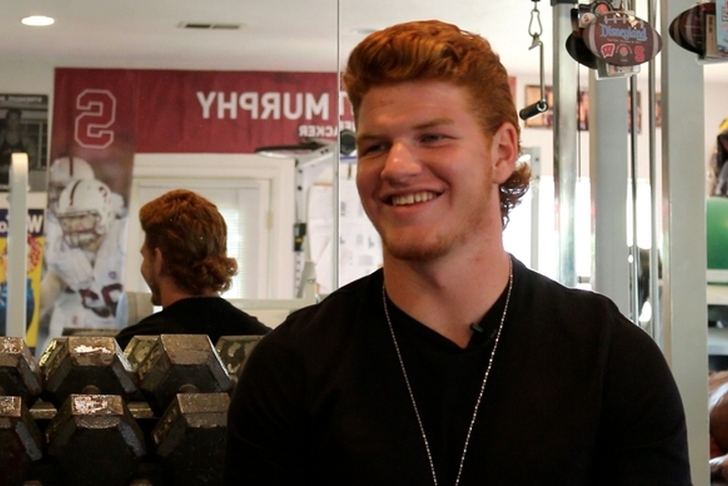 We're less than 24 hours out from National Signing Day, which means that head coach Clay Helton and the USC Trojans are tripling down on their recruiting efforts to finish off the 2016 cycle with a bang. With that in mind, we're here to provide the latest USC recruiting news from the afternoon/evening of January 2nd.

USC in front for four-star DE?
While Michigan has been holding ground as of late as the favorite for four-star defensive end Connor Murphy, 247Sports' Steve Wiltfong cites a source who indicates that Murphy is currently leaning towards USC in advance of Signing Day.

Murphy is currently listed as the #16 weak-side defensive end in the Class of 2016 by 247Sports' Composite Rankings. More on Connor Murphy's decision inside our Chat Sports Android and iPhone apps!

USC may be on the outside looking in, however, considering that he hasn't yet visited campus. His relationship with running backs coach Tommie Robinson, though, at least gives the Trojans an in.

"I haven't been (to USC) unfortunately but I know coach Robinson well and he said they have a big need for backs," Stephens said.

Stephen says he's "confident" he'll make a decision by Signing Day, but hasn't given a clue about where he's leaning.

Who's USC Looking At This Signing Day?
According to the Los Angeles Times' Lindsey Thiry, there are many ways and shapes that USC's haul on Wednesday could end up taking:

"USC is in good position for Long Beach Poly defensive back Jack Jones, but other than Jones, it seems to be anyone’s guess who will sign.