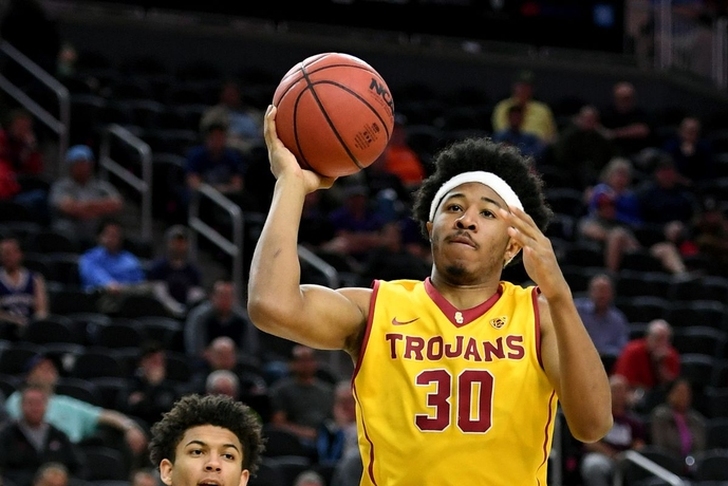 The USC Trojans have won their second game of the NCAA Tournament, advancing to the second round with a 66-65 comeback victory over the SMU Mustangs, thanks to a three-pointer from Elijah Stewart with less than a minute left.

Elijah Stewart (@Lou_weezy_ana) hits what was the game-winning three to give @USC_Hoops the upset win over SMU! #MarchMadness pic.twitter.com/Q8gE9Z0WAM

Stewart finished with a team-high 22 points for USC, who also got 14 points apiece from Bennie Boatwright and Chimezie Metu.

USC became the seventh team from the First Four to win their Round of 64 matchup. Exactly one winner from one of the First Four games has advanced to at least the Round of 32 ever since the tournament field was expanded to 68 teams in 2011.

The Trojans are now also 15-4 this season in games decided by 10 points or less this season.

USC trailed for virtually the entire game, but managed to tie the game on several occasions before Boatwright hit a three-pointer to give them a 63-62 advantage with less than two minutes to play. SMU took the lead right back on a three from Shake Milton before Stewart's shot won the game.

Milton had another chance at the buzzer to win it for SMU, but came up short.

SMU was led by Semi Ojeleye, who scored a 24 points and grabbed 10 rebounds, both of which were game highs. He also threw down perhaps the dunk of the tournament in the second half:

USC now advances to face Baylor in the second round on Saturday.

Follow our USC Trojans news page for all the latest USC basketball news!