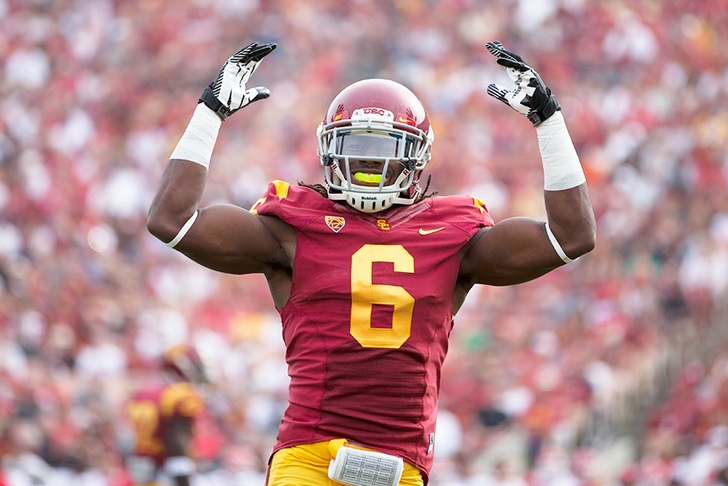 USC senior cornerback Josh Shaw was hailed as a hero for his story about spraining both of his ankles to rescue his drowning nephew, but that story unraveled and exposed as a lie.

Now, he's finally telling the truth about what happened that night.

In an interview with the Los Angeles Times, Shaw said that he and his girlfriend of seven years, Chilton, got into a heated argument. She stormed out of the apartment while Shaw stayed - until he heard police cars pulling up on the street.

Both Shaw and Chilton adamantly deny that the argument got physical or was anything above a shouting match, but the cops spooked Shaw.

“We were not on good terms when she left, I thought she had somebody call authorities. I was thinking the worst,” he explained. “If she did say anything, I'm a black man with dreadlocks, and with everything going on in the country at the time, all that stuff in St. Louis [Ferguson, Mo.] … in my mind, I'm going to leap from the balcony so authorities did not see me.”

Shaw sprained both his ankles as a result from that leap, and spent the night with his brother. He said he came up with the story of saving his drowning nephew because he didn't know how he could tell his coaches about what he thought were season-ending injuries.