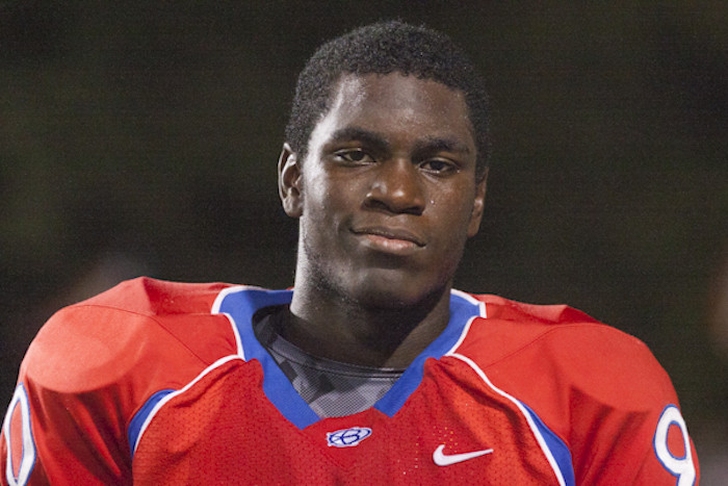 The USC Trojans showed a lot of improvement during their 9-4 season, but there’s plenty to look forward to as they look to retool and reload for 2015 and beyond on the recruiting trail. Who’s on their way to Los Angeles? Who’s still deciding? All this and more in our recruiting roundup:

Young does not plan to make a college decision until after his senior season, but the Trojans and Fresno State are already recruiting him the hardest. He also has early offers from Oregon State and UCLA, as well as USC.

The 6-foot-5, 220-pounder was in the stands for USC’s win over Notre Dame to end the regular season, and said he looks forward to attending an upcoming junior day.

“I’ve always been, since I was younger, I’ve always been really into USC,” Young said. “All of their coaches, they’re great and I just love it down there. I’m trying to major in psychology too and they have a good psychology department as well.”

USC greatly improved their 2015 recruiting class during the U.S. Army All-America Game, inking CB/WR Ykili Ross and S Martvell Tell. Both players are ranked in 247sports's top 100, and boosted the Trojans' class from No. 8 in the country to No. 4.

The Trojans have already received a commitment from wideout Tristan Payton, but many are questioning just how firm that commitment is. However, in an interview with 247sports, he reiterated that he's "solid" with the Trojans.

Follow our USC Trojans team page for the latest from the USC football recruiting trail.