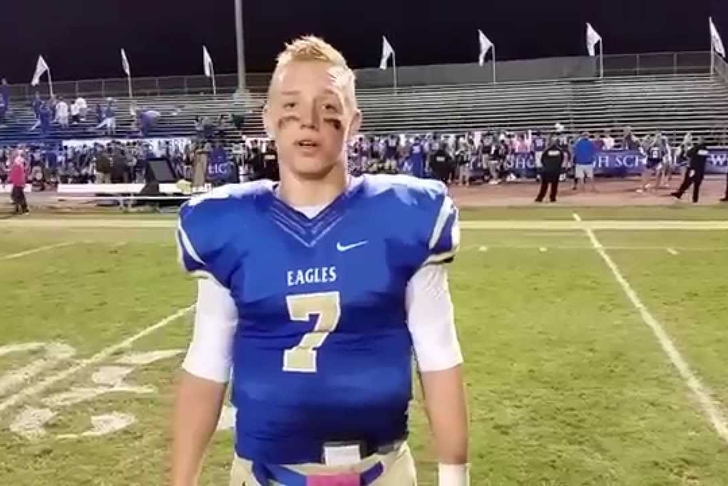 The USC Trojans won't have to wait long for elite 2016 Santa Margarita Catholic (Ca.) quarterback KJ Costello's decision on a school, with his decision expected to come next Thursday.

I am blessed and honored to say that I will be announcing my college commitment at Santa Margarita High School at 2:45pm on March 26th.

Ranked as the nation's No. 34 overall player by 247Sports, Costello is expected to decide between USC, Stanford and Michigan.

247Sports' Crystal Ball predictions currently read 61-percent for Stanford with USC making up the other 39-percent of predictions. However, USC's stature as an NFL factory may weigh heavily in the Trojans' favor as Costello finalizes his decision over the next few days.