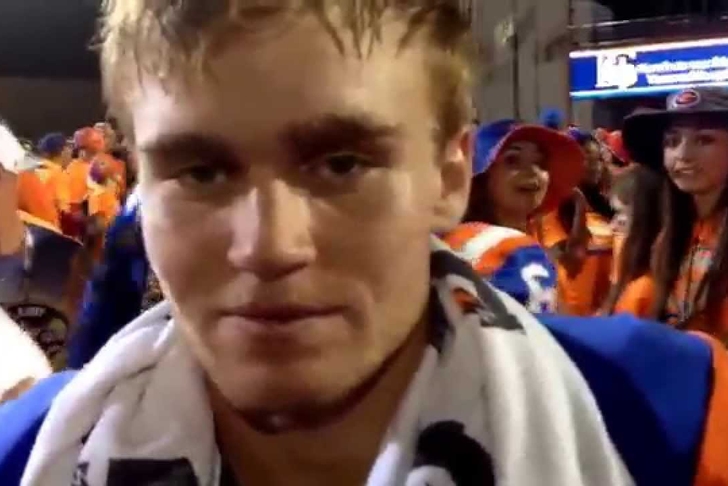 The USC Trojans are widely considered the front-runner for five-star 2017 Las Vegas (NV) Bishop Gorman quarterback and future US Army All-American Tate Martell, but the Texas A&M Aggies could be hot on their tail for Martell's pledge after a recent offer.

“It was my first SEC offer so it was pretty special,” Martell said recently of A&M's offer, via 247Sports. “Texas A&M would be a good fit for me because of my playing style and how their quarterbacks play. I’ve gotten to know Coach Spavital pretty well and we’re starting to develop a pretty good relationship. He’s a cool guy and I’ve talked to him about four or five times in the past week or two.

“I love how serious football is in Texas," he added. "I guess you could say it’s my type of thing. This is what I’ve been working for my whole life, since I was six years old, and all I’ve wanted to do was play in that kind of environment. Texas A&M has been putting quarterbacks in the NFL quite a bit so has USC. I guess you could say those are two really good schools for me right now.”

Martell says that Texas A&M is his #2 right now (behind USC), but the Aggies still provide a major hurdle for the Trojans in securing his pledge.