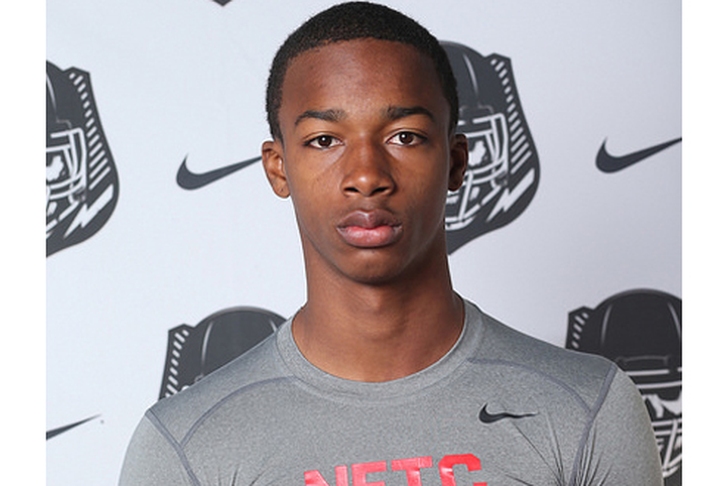 Southern California is one of the top recruiting hotbeds in the nation for wide receivers, but the Class of '16 might be the most loaded group to come through in decades. Steve Sarkisian's Trojans are going to have to rebuild their receiving corps in the not-too-distant future, and they already have their eye on several top WR prospects...most notably Tyler Vaughns.

A 6'3, 175-pound speedster out of La Puente, CA, Vaughns racked up over 1500 receiving yards as a high school junior in 2014. He has offers on the table from USC, Notre Dame, UCLA, Oklahoma and others, and that list is sure to grow throughout the next year.

Vaughns has no glaring weaknesses as a player, and his biggest strength is something that can't really be taught. Vaughns has an impeccable sense of positioning, and he has an almost supernatural radar for where opposing players are going to be when the ball comes his way. By creating space for himself and positioning himself perfectly before the pass even arrives, he routinely turns short routes into big gains.

The Trojans will have plenty of competition for his signature, but most recruiting analysts can't see Vaughns ending up anywhere other than Southern Cal. The Trojans made him an early priority, and it sounds very much like they expect to get their man.