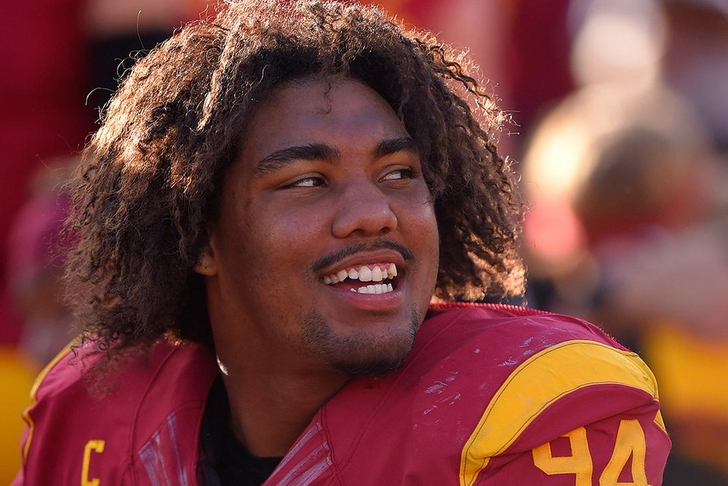 If you've watched any USC football over the past few seasons, you already know one thing: Leonard Williams is a very bad man.

While Williams might not be the first player off the board, we haven't seen any mock drafts where he falls past the third or fourth pick...and even those are a stretch. A versatile, monstrous DE/DT who can play in virtually any defensive system, Williams put together some absolutely ridiculous highlights in his three seasons as a Trojan. Check it out: