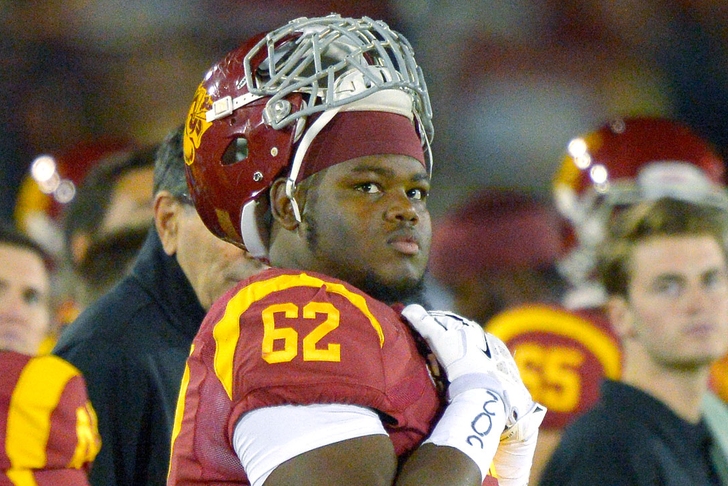 After he spent last season playing guard for the USC Trojans, redshirt sophomore offensive lineman Khaliel Rodgers will be making the transition to center in 2015.

Per Chance Linton of 247Sports, "Rodgers told the LA Times he has been moved him over to center for spring practice by the Trojans' coaches. With three-year starter Max Tuerk returning for his senior year, Rodgers will likely serve as the backup next season while being groomed as Tuerk's replacement."

Rodgers started three games at guard for the Trojans in 2014, but he missed a large part of the campaign rehabbing a knee injury, giving freshmen Viane Talamaivao and Damien Mama needed reps at the position.

Regardless of the change, Rodgers is comfortable with shifting back to his original position and feels he can prove himself worthy of a starting spot before long.

“I feel as though I am going to excel,” he said.

A former four-star recruit, Rodgers was ranked as the #5 center in the country for the Class of 2013 by 247Sports.