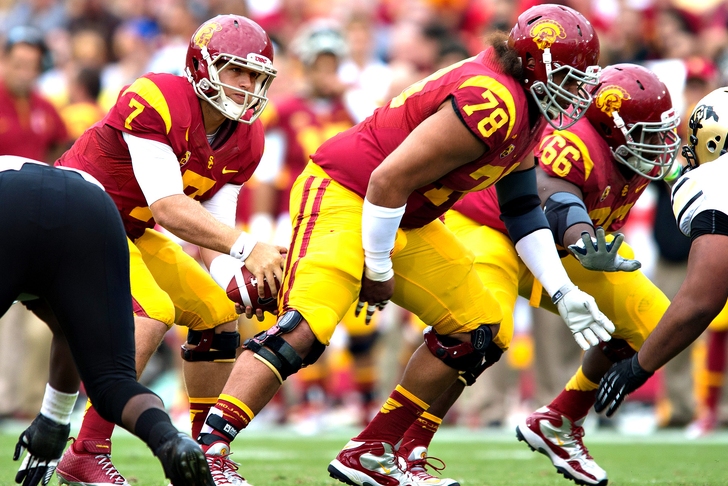 In tonight's edition of USC football news, ESPN.com has named the USC Trojans as the best program in the country in regards to producing NFL players on the offensive line.

According to Brad Edwards of ESPN.com, "this might not be the first position group that people associate with USC, but it's the spot where the Trojans are making their biggest impression in the league currently."

"It starts with All-Pro center Ryan Kalil, but the most noteworthy thing about this crop of USC linemen is the number of successful offensive tackles. Sam Baker, Charles Brown, Winston Justice, Matt Kalil and Tyron Smith each has started at least 12 NFL games at tackle in the past two seasons. That's some serious value," writes Edwards.

The USC Trojans have always been well-known for their contributions at skill positions such as wide receiver and quarterback in the NFL, so being named as the best offensive line factory in the NCAA might come as a bit of a surprise.

However, as Edwards notes, with ESPN's Mel Kiper ranking Marcus Martin as the best center in the current NFL Draft class, USC's reputation as a pipeline for offensive line talent won't be changing anytime soon.

Your USC football news whenever and wherever you want it. Download our new Chat Sports iPhone app and follow our Trojans team page today.