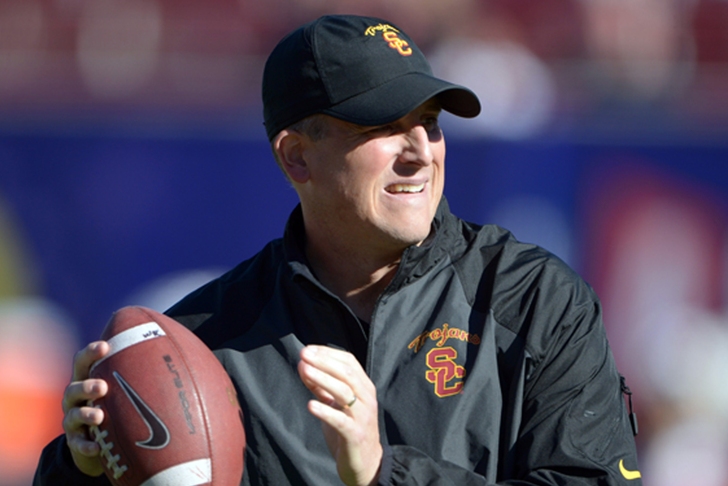 In USC football news today, the Trojans' interim head coach for December's Las Vegas Bowl doesn't feel slighted for having to return to his original position as an assistant coach.

Per Gary Klein of the Los Angeles Times, former USC interim coach Clay Helton is more than happy with being retained as offensive coordinator under new head coach Steve

Sarkisian -- especially since he will be running a high-energy, no-huddle offense like the one he ran at Memphis, prior to coming to USC in 2010 --

"To be a part of this system again and to help in any role that I can is very satisfying, very rewarding," Helton stated on Saturday.

Helton's composure during the transition of coaching staffs earned him a fan in new head coach Steve Sarkisian -- "That was a difficult situation — how it all went down when I got hired," Sarkisian said.

"I just thought to myself, 'How can I not have this guy on our staff?'"

Which sits fine with Helton, and the entire world of USC Trojans, at least for the time being.