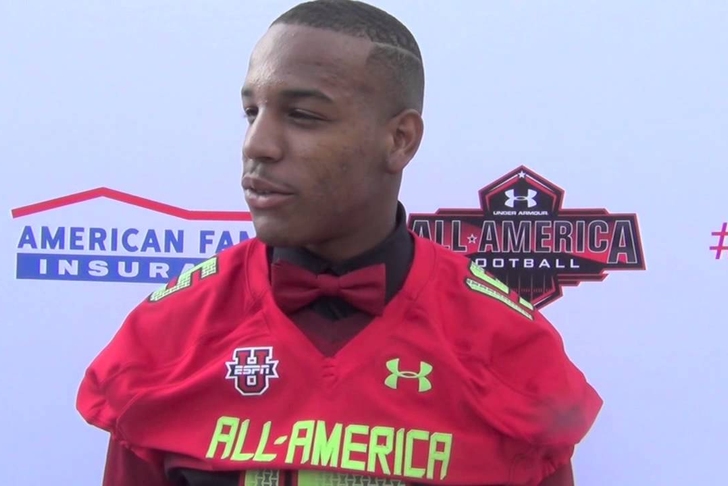 The USC Trojans already had one of the top 10 recruiting classes in the country, but the commitments of five-star CB Iman Marshall, five-star DT Rasheem Green, and four-star LB John Houston in the afternoon has turned head coach Steve Sarkisian's class into the second best in the nation.

“As much as anything, I’m happy for our staff,” Sarkisian told ESPN’s Holly Rowe. “I know how much work they put into this, and we’ve been recruiting those guys for a long time and have developed great relationships with them. So I’m happy for John and Rasheem and their families — we know them so, so well — and they’re going to be great additions to our Trojan family.”

This was USC's first recruiting class without the scholarship restrictions stemming from the Reggie Bush scandal that put them on probation, and the Trojans used their full multitude of scholarships to go after players with length.

"As much as we want to recruit speed, we want length,” Sarkisian said. “I think you see it on the defensive front with Rasheem and Jacob (Daniel) and Noah (Jefferson) on the offensive front with Chuma Edoga, Roy Hemsley, those guys and then even on the perimeter as we talked about with the two receivers and then even the linebacking corps with what John Houston brings, Osa Masina, Porter Gustin, Cam Smith, so we’re really pleased with the length of this class, Marvell Tell at DB, so a lot of good length.”