Five 2016 Recruits That Every USC Football Fan Needs To Know 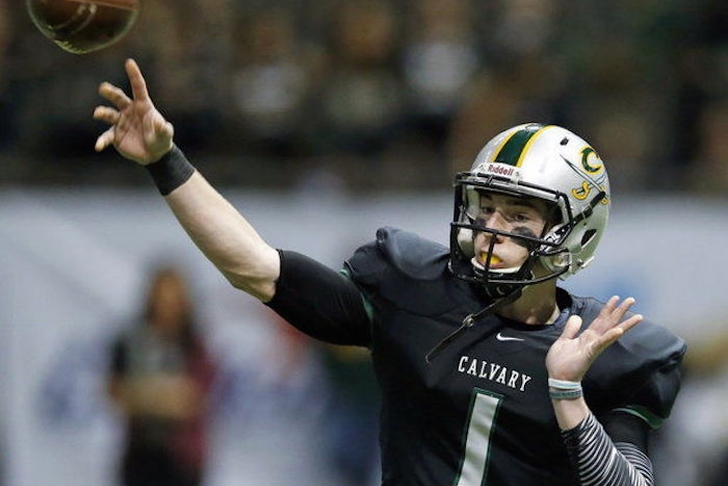 The USC Trojans reeled in the second-best recruiting class in the country in the first year off probation, and head coach Steve Sarkisian is looking to bring in another top class next season. Here are USC's top five targets for the 2016 class:

Patterson is the top-ranked quarterback in the country by Scout, and has the arm strength and accuracy to start right away. He has decent size at 6’2″ and 195 pounds, but he needs to bulk up because of his lack of foot speed. However, Patterson has the potential to start early in his career and could be the successor to Cody Kessler under center.

Vaughns is rated as the fourth-best receiver in the 2016 class, but he has the potential to be USC's next great receiver. He has the size at 6'3" to be a legitimate red zone and deep ball threat along with top-notch speed.

Garcia has already committed to USC and has prototypical height at 6'4". He's athletic enough to play either tight end or defensive end at the next level, but needs to add a lot more weight on his 215-pound frame. Garcia looks like a redshirt candidate right now, but he has the potential to dominant pass rusher once he adds on some weight.

Toailoa is the top-ranked inside linebacker in the country because of his amazing speed and explosiveness. He has incredible instincts that allow him to read plays and get into the backfield with ease, but needs to add some bulk before playing at the college. Toailoa has time to do that, and his ability to make plays sideline to sideline have coaches drooling.

Long has the potential to be the guy USC pairs with recent five-star signee Iman Marshall as their two cornerbacks, but the four-star has the athleticism to play anywhere on the field. Long is a LA native and seems inclined to stay close to home, but his elite speed has also attracted interest from Michigan, Washington, UCLA, and Duke.