Breaking Down The 2015 USC Running Back Competition 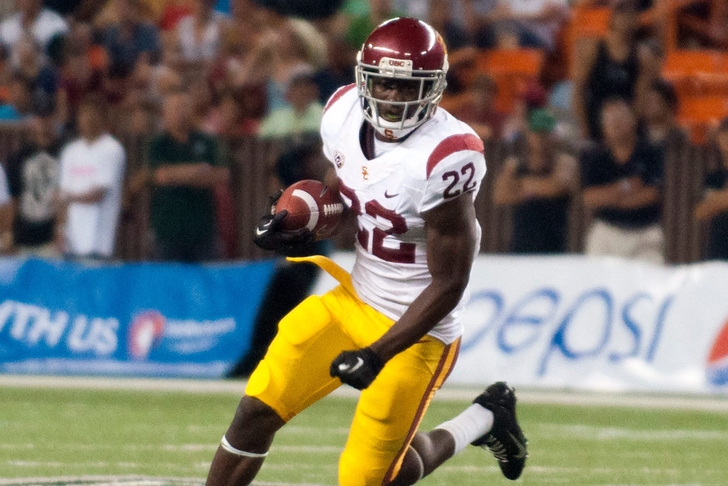 Former USC Trojans running back Javorius "Buck" Allen is off to the NFL to begin his professional career with the Baltimore Ravens. While it's wonderful to see him entering such an exciting new phase, his departure raises a few question marks about the current state of the USC backfield.

While there is a wave of highly-touted recruits set to his campus this coming fall, 2015 is all about Tre Madden's return from a 2014 turf toe injury and a potential leap for returning junior tailback Justin Davis.

Coming in as a redshirt senior, Madden's going to have a wealth of determination in his corner as he looks to shed the injury-prone label and prove himself as an NFL-caliber commodity. He was limited in spring practice, but when the 6-foot-1, 225-pounder gets rolling down hill this coming fall, he's going to be an absolute (bleep) for opposing tacklers to handle.

On the flip side, Davis is a quick-twitch runner who relies on effortless cuts and top-tier acceleration in tight spaces to shed tacklers and turn short gains into big chunks. His sophomore campaign could very well give him the edge for the #1 running back designation, after amassing six total touchdowns (four rushing, two receiving) and 688 all-purpose yards in a supporting cast role in 2015.

However, Madden' s 703-yard 2013 campaign and thunderous after-contact work makes him a legit challenger to split carries with Davis, if not take over the starting job outright. Either way, it's going to be a very intriguing battle to watch as spring segues into summer and we get into the meat of preparations for the 2015 season.