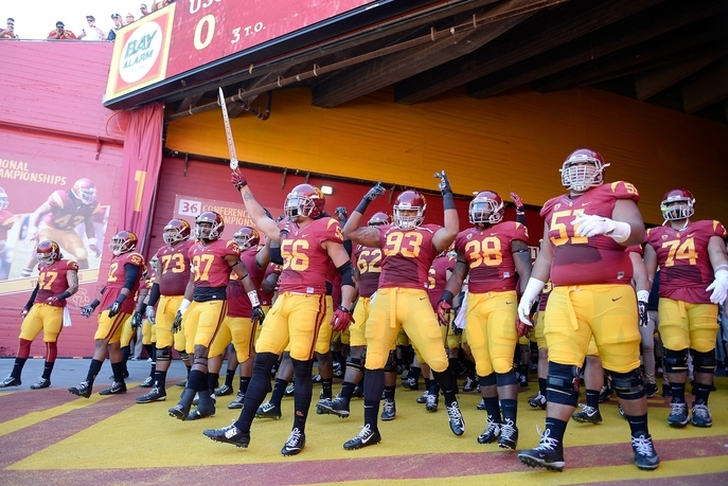 The USC Trojans are favored by many to win the Pac-12 in 2015, especially with the Oregon Ducks showing their vulnerability on defense over the past two weeks. Not only to we agree with the prognosticators who are picking the Trojans to take the conference, we're willing to guarantee it. Here's 4 reasons why.

A top-five recruit, Marshall jams opposing receivers on the line with the best of them and has amazing instincts when it comes to breaking up passes. He's also a highlight-reel tackler, with his YouTube highlights drawing many an ooh and ahh. All of that adds up to a true freshman who will ascend to stardom right off the bat.

3) Steve Sarkisian's genius (controversy or not)

Sarkisian produced a 9-4 campaign in his first season with the Trojans, but there is no college football coaching job west of the Rockies which demands instant success quite like USC. Sarkisian has one of the game's most enduring and effective brands at his disposal in recruiting, which he's translated into an amazing about of blue chip recruits that other schools are left dreaming about. People can point to his offseason troubles all they want. We trust him as a coach and a leader of young men, faults or not.

Oregon has been the Pac-12 heavyweight for the past few seasons, but now that Marcus Mariota is in the NFL, they're expected to take a step back this year. UCLA freshman QB Josh Rosen has looked fantastic so far, but the first-year wall will hit him just like it hits 99% of freshman standouts. Not Arizona State, nor Arizona nor Stanford have the firepower to derail the Trojans...why wouldn't we pick them to win the whole dang thing?

The age of Kessler started in 2014, but the talented junior signal caller still managed to fly somewhat under the radar despite connecting on 69.7 percent of his pass attempts for 3,826 yards, 39 touchdowns and a scant five interceptions. Yes, he's without all-everything wideout Nelson Agholor who is currently playing on Sundays, but Sarkisian’s Trojans are still trotting out plenty of skill-position help around Kessler to make the Bakersfield, CA native a legitimate Heisman hopeful.