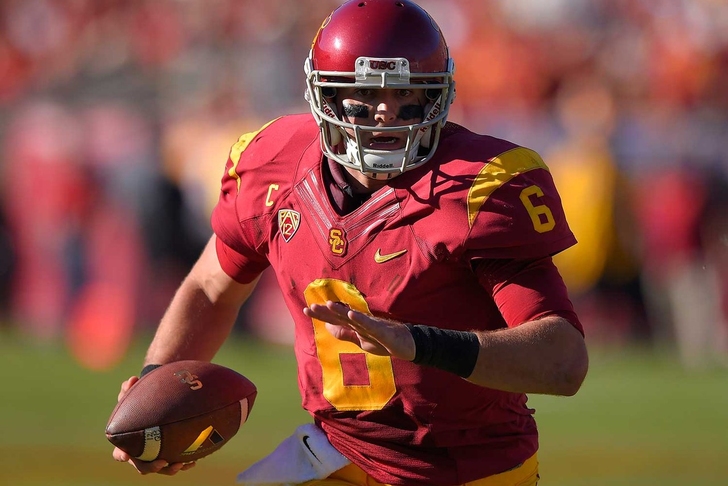 Every week during the college football season presents its own unique set of challenges, but these next four games are the closest thing to penciled-in wins on the USC Trojans' 2015 schedule. Here's our list of the 4 Easiest Games For USC Football In 2015.

Cal's offense is deadly at best, but the Golden Bears will be in the process of a complete rethink on defense after giving up a mind-melting 61 touchdowns last year and giving up 31 points or more in the final ten games of the season. The Golden Bears have their hearts set on a bowl berth in 2015, but they remain a middle- to lower-tier squad that will be used as target practice by top-flight offenses like that of the Trojans.

This will be more of a test than most Southern California media outlets are giving it credit for. The Red Wolves are the prohibitive favorite to win the Sun Belt, bringing back nine starters on what is one of the most well-rounded offenses outside of the Power Five conferences. However, USC should be able to easily gash a suspect defensive line when they have the ball, and the team's blue chip array of playmakers on defense should be able to neutralize some, if not most of Arkansas State's offensive firepower.

Colorado head coach Mike MacIntyre has done a fine job changing the culture around the program in Boulder, but that has been accompanied by just six total wins and a ghastly 1-17 record in conference play over his two seasons on the job. The Buffaloes aren't bereft of talent -- especially on the offensive side of the ball -- but a leaky defense will be their undoing against the high-octane Trojans.

The NCAA lifted its bowl ban and sanctions limiting practice time (due to poor APR scores) at the end of last season, which is big news for a depleted roster that needs every possible rep to even be competitive in 2015. The offense will improve in QB Matt Linehan's second full year under center, but the Vandals remain screwed as they try to pick up the pieces of a defense that gave up 34 points or more TEN TIMES last season.