3 Things We Know About USC After 8 Games 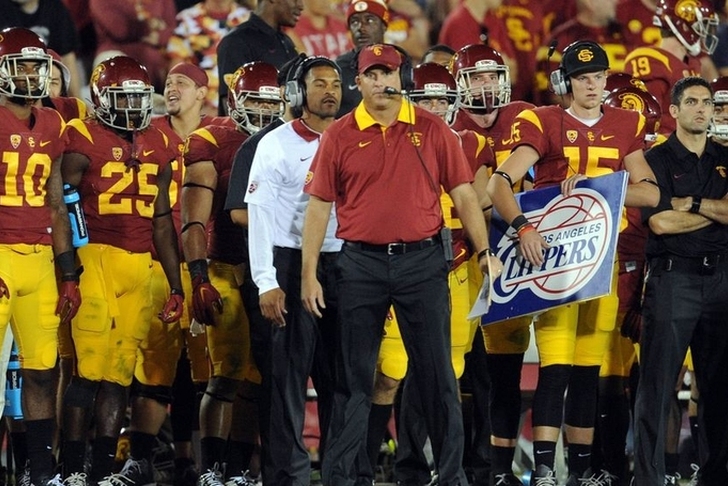 The USC Trojans are now 5-3 on the season after upsetting Utah and Cal over the past two weekends, breathing new life into a season that's been full of ups and downs. Here are three things we know about USC so far this season:

Jones is seeing a ton of playing time in USC's backfield, even as a freshmen, and he continues to produce as he's seen his role increase in recent weeks. He's averaging a remarkable 7.6 yards per carry and has gotten 26 of his 70 carries over the past two games, serving as the team's leading rusher in both. He's given the Trojans the explosive ground threat they've needed to complement their passing attack , and is a big reason for their recent success.

Helton wasn't considered to be a legitimate candidate to keep the USC head coaching job long-term, but since he took over for Steve Sarkision following the Trojans' loss to Washington, it's clear that he's thrown himself into the conversation. He nearly led USC to an upset over Notre Dame in South Bend, then knocked off the No. 3 team in the country in Utah and one of the Pac-12 South leaders in Cal.

They're now just one game out of the Pac-12 South lead. If they can make the conference championship game, it'll be hard to push Helton aside.

1) Is the inconsistency gone?

This is the biggest question USC has to answer for the rest of the season. This team looks a lot like the one that dominated Arizona State earlier this season, but they also come out flat against Stanford and Washington. They'll be favored in their next three games against Arizona, Colorado, and Oregon, and if USC can avoid a letdown in any of those three games, their game against UCLA should determine the Pac-12 South champion.