3 Reasons Why USC Will Beat Oregon This Weekend 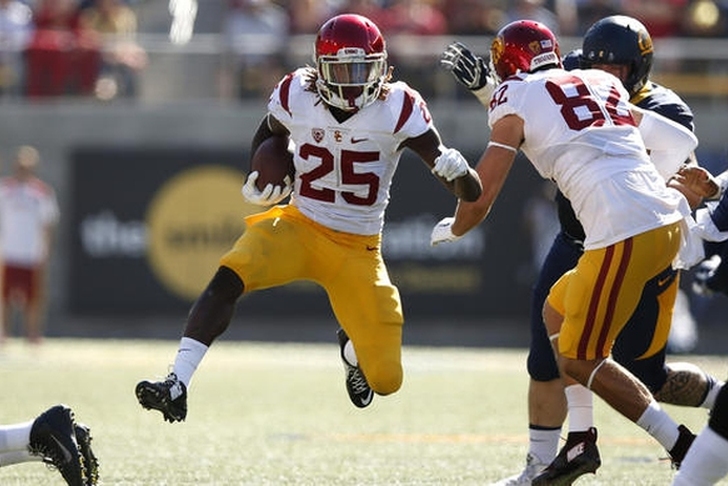 The USC Trojans have won four straight games and seem to have found their footing under interim head coach Clay Helton, and they are looking to continue that streak against Oregon this weekend. Here are three reasons why USC will knock off the Ducks:

Jones is seeing a ton of playing time in USC's backfield, even as a freshmen, and he continues to produce as he's seen his role increase in recent weeks. He's averaging a remarkable 7.1 yards per carry and has received nineteen carries in each of the last two games. He's given the Trojans the explosive ground threat they've needed to complement their passing attack, and is a big reason for their recent success.

Oregon has gotten a lot of praise this week because of their upset over Stanford, but that doesn't mask how bad they've been on defense. The Ducks rank 117th in the country in total defense, giving up 491.3 yards per game, and 113th in points allowed (37.1 points per game). Expect USC's explosive athletes to have a field day against this unit on Saturday.

Suddenly, the inconsistent Trojans look llike they're reliable and have been great at closing games. They've trailed after the first quarter in each of the past five games, but USC is 4-1 in that span. The Trojans have developed a recipe for winning, outscoring their opponents by over seven points in the second quarter during the last five games, and outscoring them in each second half. That closing ability will serve them well in what should be a close game against the Ducks.