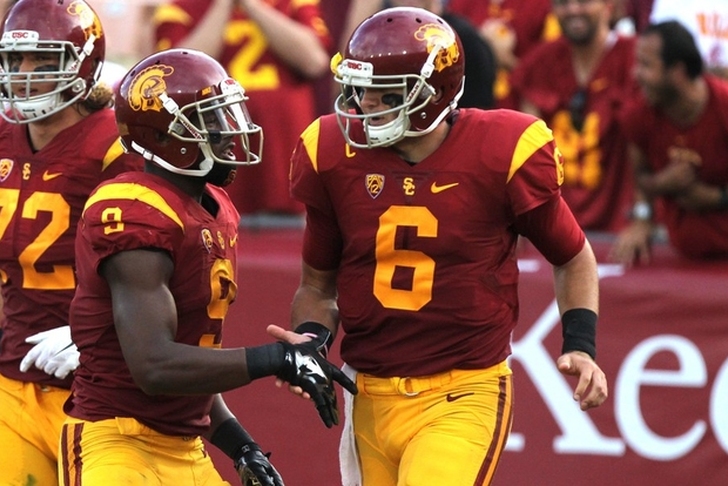 The USC Trojans overcame the dismissal of head coach Steve Sarkisian to win the Pac-12 South. As a result, interim coach Clay Helton had the interim tag removed and is now the Trojans' full-time coach. Now, they're looking to close the season strong against a good Wisconsin team in the Holiday Bowl. Here are three reasons why USC is guaranteed to get the win:

3) USC's improving rush defense
The Trojans have been inconsistent on both sides of the ball all season, but their talented front seven has been very good against the run all year. They rank 41st in the country in rushing defense, a big key when going against a Wisconsin team that runs the ball on a vast majority of their plays. If USC can limit the Badgers' effectiveness on the ground, they'll be able to win this game easily.

2) Wisconsin's inability to win big games
Wisconsin only played three games against teams that finished the season ranked, and they lost all three of those games by fairly convincing margins. USC has plenty of experience playing against and beating high-quality competition, and that difference will make itself very evident in the second half.

1) Pure talent advantage
USC has game-changing playmakers all over the field while Wisconsin, well, does not. The Trojans have signed nine five-star recruits over the last four years, while Wisconsin has signed just eight four-star recruits (and no five-stars) in that same time frame. Sometimes football isn't that hard to dissect - expect that talent gap to show up in a big way in this one.