3 Reasons Why USC Can Win The 2016 College Football Playoff 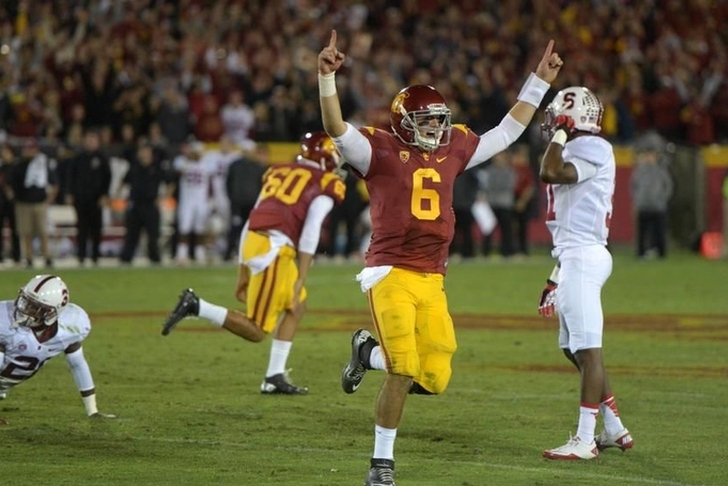 The USC Trojans are the favorite to win the Pac-12 in 2015, which would put them in prime position to make the College Football Playoff. However, that won't satisfy the Trojans - they're focused on raising the trophy at the end of the season. Here are three reasons why they can win the national championship:

Sarkisian produced a 9-4 campaign in his first season with the Trojans, but there is no college football coaching job west of the Rockies which demands instant success quite like USC. Sarkisian has one of the game's most enduring and effective brands at his disposal in recruiting, which he's translated into an amazing about of blue chip recruits that other schools are left dreaming about. USC should only improve in Sark's second season, and all those talented players will have more chances to shine.

Oregon has been the Pac-12 heavyweight for the past few seasons, but now that Marcus Mariota is in the NFL, they're expected to take a step back this year. UCLA and Arizona State also won't be as good with new starting quarterbacks, and Stanford isn't the team they once were following their 8-5 campaign last season.