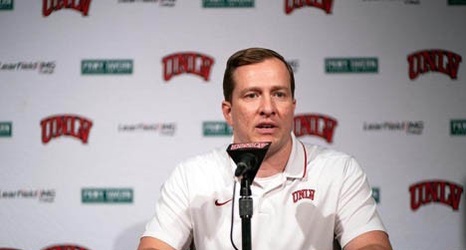 The UNLV Men’s Basketball team is set to kick off the 2019-20 season this Tuesday at home against Fort Wayne.

UNLV will be seeking their first NCAA tournament appearance since 2013 this season, as well as their first Mountain West Championship since 2008.