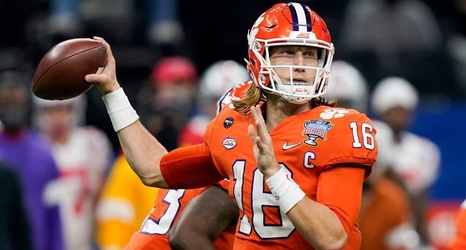 Lawrence, widely expected to be the No. 1 overall pick by the Jacksonville Jaguars in the 2021 draft, can start throwing in four to six weeks and is expected to be ready for training camp, a source told ESPN's Dan Graziano.

The procedure, performed by Dr. Neal ElAttrache, was to repair damage to the labrum in his left shoulder.

Lawrence threw for NFL teams last Friday, moving up his pro day because of the surgery.