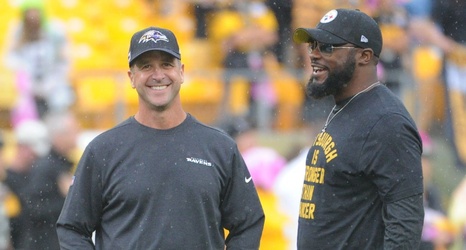 The COVID-19 outbreak in Baltimore has led the NFL to postpone the Baltimore Ravens-Pittsburgh Steelers game for a second time.

The Ravens will now play at the undefeated Steelers on Tuesday night, a source told ESPN's Adam Schefter and Dianna Russini.

This is the third time in the Super Bowl era that an NFL game will be played on Tuesday. It happened in Week 5 this season when the Bills-Titans game was postponed because of a coronavirus outbreak in Tennessee. It also occurred in 2010 when a blizzard in Philadelphia shifted an Eagles-Vikings game.