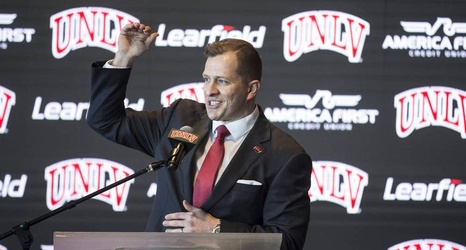 The yells of instruction from new UNLV men’s basketball head coach TJ Otzelberger could be heard from outside the Mendenhall Center during the team’s first official practice.

Otzelberger signed a five-year, $6.5 million contract in March after compiling a 70-33 record at South Dakota State.

Coming in, expectations are that the Rebels will play a fast, intense brand of basketball; this according to their new head coach.