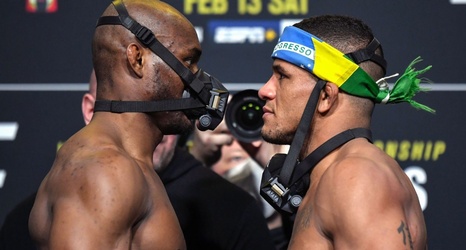 Kamaru Usman defeated Gilbert Burns by TKO in the third round to retain his UFC welterweight championship Saturday night in the main event of UFC 258 at the UFC Apex in Las Vegas.

The stoppage came at 34 seconds of the round.

Usman, who was briefly stunned by a Burns right hand in the opening round, took control of the fight in Round 2 when he landed a big right hand of his own that sent Burns staggering toward the cage.

Usman dropped Burns again with a jab early in Round 3 and followed with several big strikes on the ground that forced referee Herb Dean to jump in and stop the fight.