Goran Dragic announces he will re-sign with Miami Heat 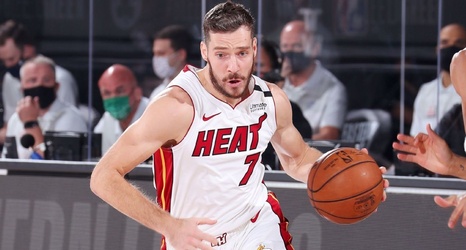 Veteran guard Goran Dragic is re-signing with the Miami Heat, he announced on his Twitter account Friday.

"I'm glad that I can announce that I'm staying with my #HeatNationFamily," Dragic said in his tweet. "Let's finish the job we started!!!"

Dragic entered his sixth season with the Heat in a new role -- sixth man. He backed up rookie Kendrick Nunn during the regular season and thrived at it, averaging 16 points in 28 minutes.

But when the playoffs started, Dragic replaced Nunn in the starting 5 and showed just how valuable he was to Miami, averaging a career-high 19.