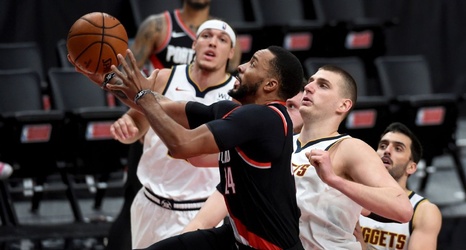 It's not unusual for Denver Nuggets coach Michael Malone to tell it like it is and he put it quite bluntly again after a 115-95 loss in Game 4 to the Portland Trail Blazers.

"Our starters were awful," he said. "I thought we had some guys that were tentative, that looked a little scared, who played soft... we're going to have to be a lot better going home."

The Nuggets fell behind early in Game 4, a developing trend in the series that they overcame in Game 3. But with the Blazers bottling up Denver's offense, along with newfound balanced scoring, the margin widened in the third quarter, eventually turning into a full-fledged blowout as Portland evened the series, 2-2.