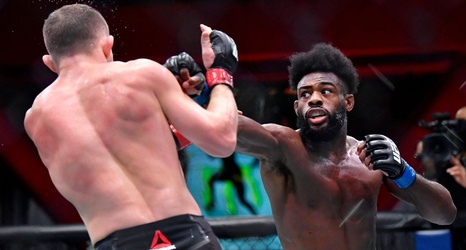 UFC bantamweight champion Petr Yan was disqualified after catching a grounded Aljamain Sterling with an illegal knee to the head in the fourth round Saturday night at UFC 259 in Las Vegas.

With the disqualification due to an intentional foul, Sterling was crowned the new champion. The fight was stopped at 4 minutes, 29 seconds.

Sterling (20-3), 31, was coming off a dominant first-round submission victory over Cory Sandhagen in June. He has won six straight fights.

Yan (15-2), 28, was making the first defense of his title, which he won in July with a fifth-round stoppage of Jose Aldo.