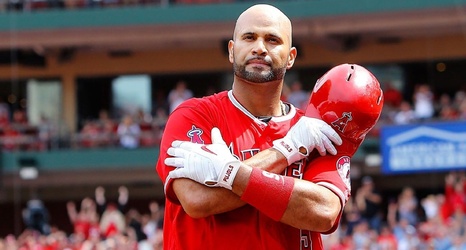 The Los Angeles Dodgers and first baseman Albert Pujols are in agreement on a major league contract, sources told ESPN on Saturday, confirming a report by the Los Angeles Times.

The agreement isn't expected to become official until Monday, a source said.

Pujols, in the last year of his 10-year, $240 million contract, was designated for assignment by the Los Angeles Angels on May 6 and was officially released on Thursday after clearing waivers.

Pujols, 41, would seemingly be coming in for a part-time role. Max Muncy has started 32 of the Dodgers' first 38 games at first base, but he also provides the versatility to help at third base and second base, which would open up some playing time for Pujols at first base.