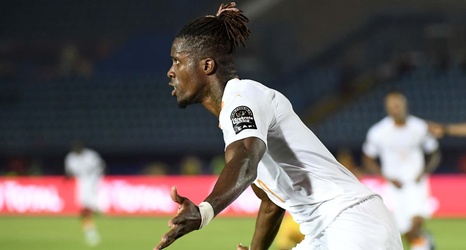 Crystal Palace manager Patrick Vieira said Wilfried Zaha is always ready to play for Ivory Coast and he was surprised to see reports the winger was contemplating his international future.

On Thursday, Ivory Coast coach Patrice Beaumelle claimed Zaha requested to be dropped from the national team that will face Mozambique and Cameroon for their 2022 Fifa World Cup qualifiers on November 13 and 16, respectively.

Last month, the pacy winger saw 74 minutes of action as the Elephants defeated Malawi 2-1 in a Group D qualifying game.

Vieira, in a press conference on Friday, dismissed the reports by stating Zaha's love for the West African country and his ambition of helping Ivory Coast qualify for the World Cup in Qatar.